Usage statistics for the verb wonder:

Wonder is sometimes a misspelling of wander, women or wondered.

The word wonder is considered to be an easy one, according to the Dale-Chall word list, which includes 3000 words that all fourth-grade American students should know and understand.

Definition of the noun wonder

What does wonder mean as a name of something?

Alternative definition of the noun wonder

Definition of the verb wonder

What does wonder mean as a doing word?

Wonder is one of the top 1000 most common verbs in the English language.View more statistics!

Wonder a.k.a. Wonder, Oregon: Wonder is an unincorporated community in Josephine County, Oregon, United States, on U.S. Route 199 about 13 miles west of Grants Pass and 8 miles east of Selma. It is within the Rogue River – Siskiyou National Forest.

There are other people with in their name, like Wonder Boy, Wonder Dog, Girl Wonder, Wonder Girl, Andre Wonder, Betty Wonder, Erich Wonder, Tommy Wonder, Wayne Wonder and many others.

Wonder is a drinking establishment.

Printed dictionaries and other books with definitions for Wonder

Reflections on What We Know, What We Do and How Little Things Make a Big Difference

Wonder is an emotional response that is experienced as we are introduced to something new and unusual – something that...

Wonder is a resonant, embodied and emotional response to that which is aweinspiring, astounding or marvellous.

Wonder is the attitude which the emotional nature spontaneously assumes in front of a world of objects. The feeling is utterly incomprehensible as a purely personal or selfish feeling. Wonder is the first and the final expression of the individual ...

Wonder is the mirror image of the dread deeper than doubt that appeared in the interlude above.

Wonder is an essential dynamic of the human spirit and of our religious life as well. It is the basis of all...

The substantive wonder is the English translation of the Latin admiratio in Descartes and Spinoza.

As a verb, to wonder means to be curious, to feel amazement and admiration,

Because wonder is the act of one who is ignorant of the nature of something, as Damascene says.

The second wonder is the two wells, one at each end of the peninsula, which have the peculiar characteristic that when...

The third wonder is a cold cave from which there issues constantly an ice-cold wind, with such force that a strong man is ...

The third wonder is a cold wave cave, a cavern from which a wintry wind perpetually blows. The force of the...

'T HAT wonder is the effest of ignorance, has been often observed.

Collected Thoughts on Consciousness and Reality by Don C. Nix

Wonder is the invisible component of transformation.

It deserves more of our attention, however, because wonder is a unique door opening, a portal to connection with the invisible, living, generative Field of Being that surrounds us and ...

Thought, Passion, and Self-formation in the Philosophy Classroom by Herman Stark

Wonder is the metaphysical condition evoked and sustained by philosophical asking.

A Manifesto for Sanity and Soul by Stephen Jenkinson

Wonder is the sum of life's way of being itself...

The Greenwood Encyclopedia of Folktales and Fairy Tales: Q-Z (2008)

"Wonder tale" is often used interchangeably with the terms "folktale," "fairy tale," and "marchen." Although all four (sub)genres include many of the same tale types, the term "wonder tale" derives from a particular set of historical circumstances ...

Etymologicon Universale, Or Universal Etymological Dictionary on a New Plan (1811)

wonder, that these particles are sometimes found in clusters; when we perceive, through the whole compass of Language, that there is a strong propensity in the mind to combine terms expressing Pronouns — * This or That Being — Person, ...

A Galic And English Dictionary (1780)

Containing All Th Words in the Scotch and Irish Dialects of the Celtic, that Could be Collected from the Voice, and Old Books and MSS by William Shaw

Online dictionaries and encyclopedias with entries for Wonder

Usage statistics for the verb wonder:

Distribution of usage frequency for the most common synonyms of the noun wonder:

Distribution of usage frequency for the most common synonyms of the verb wonder: 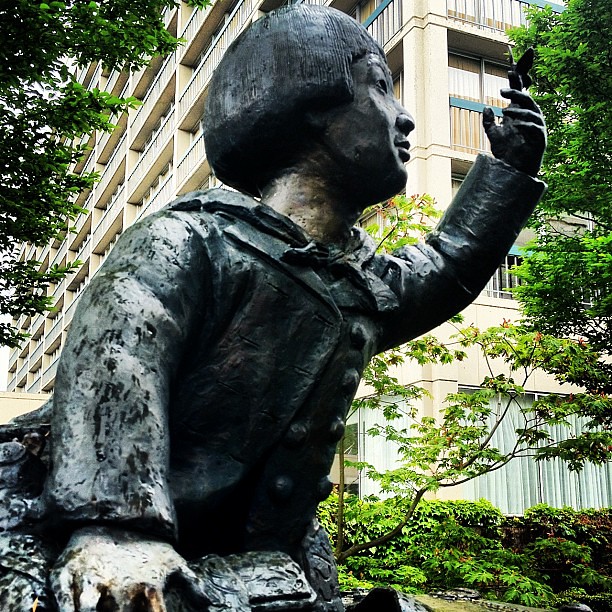 Wonder, connected with a principle of rational curiosity, is the source of all knowledge and discover, and it is a principle even of piety; but wonder which ends in wonder, and is satisfied with wonder, is the quality of an idiot. (Samuel Horsley)
more quotes about wonder...

See also the blanagrams of Wonder!

Go to the usage examples of Wonder to see it in context!