Usage statistics for the noun voice:

Distribution of usage frequency for the most common synonyms of the noun voice:

The word voice is considered to be an easy one, according to the Dale-Chall word list, which includes 3000 words that all fourth-grade American students should know and understand.

Definition of the noun voice

What does voice mean as a name of something?

Alternative definition of the noun voice

Definition of the verb voice

What does voice mean as a doing word?

Voice is one of the top 1000 most common verbs in the English language.View more statistics!

Alternative definition of the verb voice

There are other groups with in their name, like 4 Voice, En Voice, Voice It, One Voice, Voice Farm, Voice Mail, Voice Male, Koala Voice, Lemur Voice, Voice Squad, Be The Voice, Combat Voice, Garage Voice, Second Voice, Voice of Cod, Voice of eye, With a Voice, Yonder Voice, Cryptic Voice and Popular Voice.

Voice is a publisher.

Voice is a Marvel Comics supervillain. Jason Cragg is not to be confused with David Angar, alias Angar the Screamer, who once used the alias of the Voice.

"Voice" is a book by Anne Szumigalski.

Phrases starting with the word Voice:

Phrases ending with the word Voice:

View more phrases with the word Voice in thesaurus!

Printed dictionaries and other books with definitions for Voice

A writer's toolbox for screen, stage and radio by Paul Ashton

A voice is a physical instrument.

A voice is an expression of feeling and opinion.

A voice is the expression of theme – the central message of your desire to tell a story, your attitude, your passion, the thing you are trying to say and the ...

Aesop and the Imprint of Medieval Thought (2010)

A Grammar of the English Language (1873)

With an Analysis of the Sentence by John Seely Hart

Introduction The voice is the means by which, in everyday life, you communicate with other people, and though, of course, how you present yourselfyour posture, movement, dress and involuntary gesture — gives an impression of your ...

A Concise Introduction to Linguistics (2016)

Active voice is a grammatical voice common in many of the world's languages. It is the unmarked voice for clauses featuring a transitive verb in nominativeaccusative languages, including English and most other Indo- European languages.

'The voice is the voice of Yaakov,' which means that we call out to G-d and we are answered." The Midrash (Shemot Rabbah ...

Above all, the voice is the instrument of the spirit; the delicate and sensitive register of its whole range of interests,

Above all, the voice is the instrument of the spirit; the delicate and sensitive register of its whole range of interests,

Online dictionaries and encyclopedias with entries for Voice

Usage statistics for the noun voice:

Distribution of usage frequency for the most common synonyms of the noun voice:

Distribution of usage frequency for the most common synonyms of the verb voice: 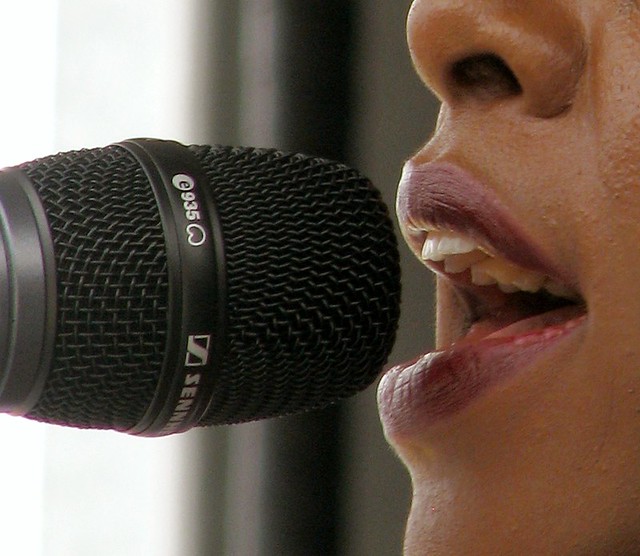 View more pictures about Voice of an Angel.

In the early years, I found a voice that was my voice and also partly my father's voice. But isn't that what you always do? Why do kids at 5 years old go into the closet and put their daddy's shoes on? Hey, my kids do it. (Bruce Springsteen)
more quotes about voice...

See also the blanagrams of Voice!

Go to the usage examples of Voice to see it in context!