Distribution of usage frequency for the most common synonyms of the noun majority:

Comparison of usage frequency between the noun majority and its most common antonym:

Majority is a member of the word family major, included in the Academic Word List by Dr. Averil Coxhead, which contains the 570 most frequent word families used in academic texts from a variety of subject areas, of interest for students that learn the words most needed to study at tertiary institutions.

Definition of the noun majority

What does majority mean as a name of something?

Majority is one of the top 1000 most common nouns in the English language.

Alternative definition of the noun majority

"Majority": Cogunluk is a 2010 Turkish drama film written and directed by Seren Yüce.

Majority: A majority is a subset of a set consisting of more than half of the set's elements. This can be compared to a plurality, which is a subset larger than any other subset considered; i.e. a plurality is not necessarily a majority as the largest subset considered may consist of less than half the set's elements. In British English, majority and plurality are often used as synonyms, and the term majority is also alternatively used to refer to the winning margin, i.e. the number of votes separating the first-place finisher from the second-place finisher.

Phrases starting with the word Majority:

Phrases ending with the word Majority:

Printed dictionaries and other books with definitions for Majority

Such a majority is a simple majority.

An absolute majority is any number greater than half of the votes.

the representation of the “han” as an ethnically integrated majority is a modern phenomenon intrinsically linked to the rise of ...

A Guide to Political Disagreement by Scott F. Aikin, Robert B. Talisse

The thought is that under such conditions, the belief that can win the assent ofa majority is the best available guide to collec- tive decision making that is consistent with the other values embodied by a modern democracy, including equality ...

The law which commands obedience to the mandates of the physical force of an unrestrained numerical majority is the operative law, not only with the masses in the free States of the North, but in all communities where no divisions or orders ...

The More Answers We Find, the More Questions We Have by Kenneth Mossman

As they view it, the hearing majority is a threat to the deaf minority. The deaf community feels that its way of life is fully functional and that using American Sign Language instead of oral English puts them at no disadvantage in society. On the ...

A Dictionary of Modern Politics (2015)

Majority vote has a hallowed, if theoretically insecure, position in democratic belief, resting on the argument that a decision accorded to by more people than oppose it is politically legitimate. In practice there are very few fully-fledged majority ...

A Reference for the Education of Children, Adolescents, and Adults with Disabilities and Other Exceptional Individuals by Cecil R. Reynolds, Elaine Fletcher-Janzen

Online dictionaries and encyclopedias with entries for Majority 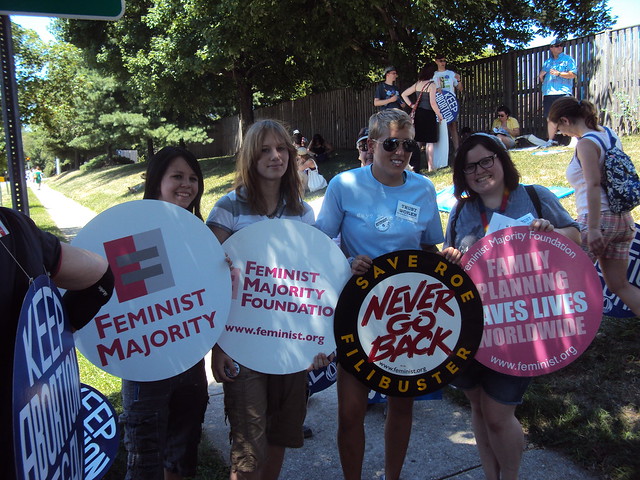 Democracy encourages the majority to decide things about which the majority is blissfully ignorant. (John Simon)
more quotes about majority...

The value of this 8-letter word is 20 points. It is included in the first and second editions of the Official Scrabble Players Dictionary.

Go to the usage examples of Majority to see it in context!