Usage statistics for the noun language:

Distribution of usage frequency for the most common synonyms of the noun language:

Fun fact! English is not the official language of England.

Fun fact! There are about 225 indigenous languages in Europe - roughly 3% of the world’s total.

Fun fact! Most of the world’s languages are spoken in Asia and Africa.

Fun fact! At least half of the world’s population are bilingual or plurilingual, i.e. they speak two or more languages.

Fun fact! The oldest written language was believed to be written in about 4500 BC.

The word language is considered to be an easy one, according to the Dale-Chall word list, which includes 3000 words that all fourth-grade American students should know and understand.

Definition of the noun language

What does language mean as a name of something?

Alternative definition of the noun language

"Language" a.k.a. "Gjuha" is part of Sami Frashëri's scientific writings.

Phrases starting with the word Language:

Phrases ending with the word Language:

View more phrases with the word Language in thesaurus!

Printed dictionaries and other books with definitions for Language

Great Quotes by People of Color by Tram Nguyen

"Language Is a Place of Struggle" is the first truly multiracial and polycultural quote book, collecting quotations from both historical and contemporary novelists and poets, activists and political leaders, and artists and musicians.

Language is a code which establishes a code: a signification which is implicitly a prescription and a proscription. Language is...

Language is a function of the “ catalysis” through which, by virtue of the intensity of closure, communication becomes correlation.

Language is the modality of a counter-communication which controls and organizes the essentially excessive field of communication: prohibition.

Theoretical Aspects of Passivization in the Framework of Applicative Grammar (1985)

The Key to Consciousness by Richard F. Thompson, Stephen A. Madigan

Language is the most astonishing behavior in the animal kingdom. It is the species-typical behavior that sets humans completely apart from all other animals . Language is a means of communication, but it is much more than that. Many animals ...

Language is a component of culture along with other ...

The Handbook of Historical Sociolinguistics (2012)

So, in cognitive terms, it is logical that we project a metaphor in which these constructions are mapped onto a system independent of our own selves, the conceptual metaphor a language is a human being. It is also only natural and logical that ...

A New Introduction to Language and Communication by Geoffrey Finch

Language is the definitive human attribute on which rests our distinction from the rest of the animal kingdom. That, in a nutshell, has been the major theme of this book. In the words of the twentiethcentury existentialist philosopher Martin ...

Finally, language is a means by which we create new knowledge, ...

Encyclopedia of Language and Education (1999)

Nevertheless, it appears to be a useful umbrella under which a number of emerging critical approaches to language and education can be described. Part of the difficulty in defining CALx lies in the difficulties in determining both what it is to be ...

Online dictionaries and encyclopedias with entries for Language 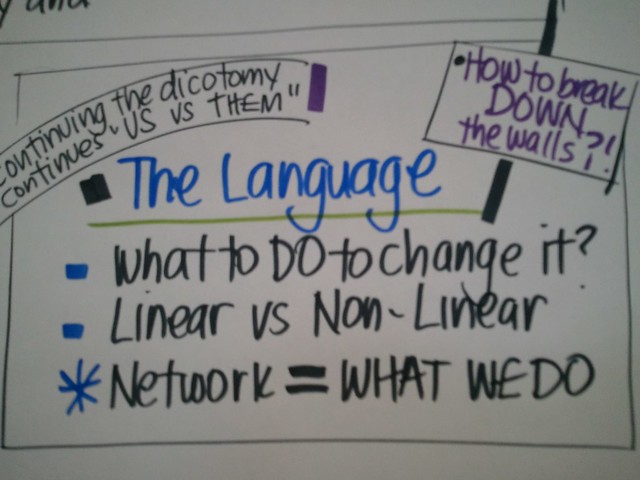 View more videos about The Language and Body language.

Homer's whole language, the language in which he lived, the language that he breathed, because he never saw it, or certainly those who formed his tradition never saw it, in characters on the pages. It was all on the tongue and in the ear. (Robert Fitzgerald)
more quotes about language...

The value of this 8-letter word is 10 points. It is included in the first and second editions of the Official Scrabble Players Dictionary.

See also the blanagrams of Language!

Go to the usage examples of Language to see it in context!