Distribution of usage frequency for the most common synonyms of the noun failure:

Comparison of usage frequency between the noun failure and its most common antonym:

Definition of the noun failure

What does failure mean as a name of something?

Failure is one of the top 1000 most common nouns in the English language.

Alternative definition of the noun failure

Specialised definition of the noun failure

a lack of success in or at something (2006. Dictionary of Sport and Exercise Science. A&C Black Publishers Ltd)

"Failure" is an award-winning collection of poetry by American poet Philip Shultz. Failure, along with Time and Materials by poet Robert Hass, was awarded the 2008 Pulitzer Prize for Poetry.

Failure is the state or condition of not meeting a desirable or intended objective, and may be viewed as the opposite of success. Product failure ranges from failure to sell the product to fracture of the product, in the worst cases leading to personal injury, the province of forensic engineering.

Phrases starting with the word Failure:

Phrases ending with the word Failure:

View more phrases with the word Failure in thesaurus!

Printed dictionaries and other books with definitions for Failure

A working definition that might satisfy both constituencies is that chronic heart failure is a syndrome in which the inability of the heart to provide adequate amounts of oxygenated blood to vital tissue at normal levels of ventricular filling pressure ...

eart failure is a complex clinical syndrome occur- ring in patients with an abnormality of cardiac structure or function that impairs the ability of the heart to fill with or eject...

Congestive heart failure is the end stage for many cardiac diseases.

A Point-of-Care Guide by Michael A. Crouch

While mortality rates associated with this disease have decreased in recent years , heart failure is a progressive disorder leading to...

Prerenal failure is the most common form of ARF in children. It is an oliguric state resulting from diminished...

Intrinsic renal failure is a decrease in renal function following acute renal parenchymal insult. This may occur in various types of ...

Failure is the threshold of knowledge. Since new knowledge is that by which we progress,

An Introduction from Fault Detection to Fault Tolerance by Rolf Isermann

Failure: “A failure is a permanent interruption of a system's ability to perform a required function under specified...

A Guide to Tackling Difficult Problems by Steven Kim

A mixed failure is a weak form that is part victory and part defeat. This type of result serves to modify the germinating...

The passive failure refers to the lack of results, whether positive or negative. In the manufacturing science example, ...

Heart failure is a complex clinical condition that is characterised by an underlying structural abnormality or dysfunction that...

Internationally, heart failure is the most common cause of hospitalisation in patients aged over 70 years.59...

From Pathophysiology to Clinics by Giorgio Iervasi, Alessandro Pingitore

Heart failure is a clinical condition characterized by reduced cardiac function and impairment of the capacity of the heart to...

Rules of Thumb for Maintenance and Reliability Engineers (2011)

Failure is an unpleasant word, and we often use substitute words such as anomaly, defect, discrepancy, irregularity, etc.,

Rotational failure is a deep-seated movement of material both downward and outward along a curved slip surface. After the failure, the...

failure is the sliding and forward toppling of a deep-seated mass into the stream. It is also associated with ...

Failure of the kidney can affect one or all of these functions, and may occur suddenly or gradually. Physicians commonly use creatinine, a blood test, to estimate the kidney's function. The glomerular filtration rate (GFR) reflects how much fluid ...

Online dictionaries and encyclopedias with entries for Failure 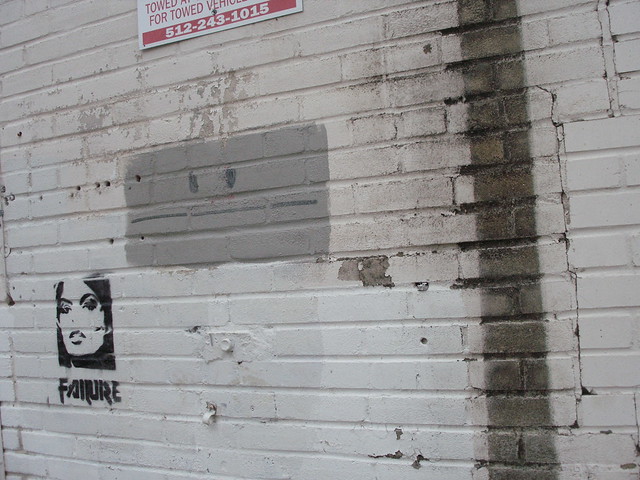 Failure should be our teacher, not our undertaker. Failure is delay, not defeat. It is a temporary detour, not a dead end. Failure is something we can avoid only by saying nothing, doing nothing, and being nothing. (Denis Watley)
more quotes about failure...

The value of this 7-letter word is 10 points. It is included in the first and second editions of the Official Scrabble Players Dictionary.

See also the blanagrams of Failure!

Go to the usage examples of Failure to see it in context!